Two cameras that begin with an L.

Everyone knows that Leicas are expensive. Most people think them to be the most beautiful machines ever crafted. Some people believe they’ll never be able to afford such a photographic extravagance. I fall into all three categories but was not about to let the latter get in my way.

As a lover of film and all things photographic I decided to save my pennies towards my first Leica. A film Leica IIf crafted in the holy land of Wezlar, Germany in 1953, along with 4999 other examples. Shortly after my birthday this Leica, along with its 50mm lens was mine and was about to be stuffed to the gunnels with all manner of black and white film. Lots of film fun was about to be had.

Making photographs with this camera is an absolute pleasure and takes me right back to my college days when I was introduced to the technicalities and processes of creating images. Using a rangefinder to focus or using the zone system to estimate, along with consideration of your depth of field and shutter speed takes you as far away from a modern day SLR as it’s possible to get. Along with the light meter, that fits neatly on the cold shoe, it forces you to take time and be considerate about your composition because you’ve only got 24/36 shots on a roll and of course it’s going to take a little while to get those rolls of film developed. 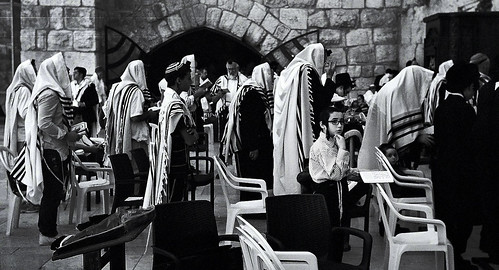 On the flip side there’s the Lytro. This magic little box is a light field camera,  a whole new area of photography to be explored. Apart from its’ Apple-esque design, this camera isn’t transferring an image on to a light sensitive plane, as is traditional in a digital camera. Instead it’s recording the direction and intensity of light in megarays (that sounds so exciting!). The result is the ability to make images that can be focused after you’ve created them and being able to wiggle them to reveal a very small 3D quality. As this was a first generation camera of something that came from a very advanced scientific paper, and while the technology is amazing, the photos are disappointingly low resolution. That aside, like the Leica it forces you to think differently about how you compose your images in order to get the most out of this camera.

Due to the nature of the Living Photo there’s there’s not a lot you can do with Lytro images apart from sharing them online. Their low resolution counts out printing. You certainly wouldn’t buy one at it’s original price of £299 but for £30 from eBay it’s certainly worth it for a little journey for the photographically adventurous!

Click on foreground and the background of the image below to change the focal point. If you hold your finger on your mouse button and wiggle the mouse around (or press down on your touchpad and move your finger around) you can see the 3D element to the image and how the parallax reveals small parts of what’s behind the foreground. Enjoy.

Google Lytro Reviews for more in depth reviews of this camera.