When Snapchat launched in 2011 I though it was just a social network for the youth and minor d-list celebrities to share images of their most private parts with each other. The only body part I’m willing to share over the internet is my face, or perhaps my feet on a beach somewhere. I place value on photography and didn’t get the disposability (yes it is a word, I looked it up!) of the image. Then there was the drawing. For those that didn’t want to share images of their bits they could just draw a classic phallus on top of whatever they pleased. I’ll admit, that sounded fun, but none of my friends were using it. You see, we’re all in our 40’s and were more than happy to get stuck in with Facebook when it appeared on the scene. We adopted it with ardent fervour and made it our own. Some ventured in to the world of Twitter but many didn’t get it. Others spent some time sharing their culinary adventures on Instagram but a few years in social media is a long time. We’d all got used to building up our own online archives of nonsense and pointless witterings that we could delve back into with the likes of TimeHop to check out what inconsequential drivel we might have posted 5 years ago. Then there was Snapchat.

You take a photo, apply a filter or a sticker, maybe draw or inscribe it with a message or an improvement to the image, then share it with one person, a group of people or your own story. The once the image or story is viewed it’s gone forever (unless someone screen grabs it and posts it elsewhere). I think that’s how it works. I’ve avoided it for this long but times they are a-changing. My kids are growing older and becoming more active on social media. I’m growing older and becoming more resistant to change in “new” media. Why have Snapchat? What’s wrong with WhatsApp? I, apparently, am ‘old and just don’t understand how kids communicate’, according to my kids. #sadtimes. So what does an out of touch parent who’s working in digital media since 1997 do at this difficult stage in his life? He signs up for Snapchat.

I downloaded it last week and allowed my eldest to have it on her phone. If she’s using it then I need to know how it works. I’ve had accounts on Club Penguin and Moshi Monsters to make sure they were safe and now this. While I’ve only got a handful of real life friends on Instagram, I only have 3 friends on Snapchat. My eldest and two of her friends. I’ve never felt so lonely on social media. They send me snaps with stickers and are showing me how to apply filters by swiping and how to add snaps to my story. I can check out news streams from the Daily Mail (?), Vice, Sky News, Sky Sports, MTV and Cosmopolitan, amongst others. It’s quite fun to use and I can see the appeal of creating something to share that only has a short life span. There is less pressure to hone and polish as there is on Instagram. No need to worry (that much) about it being there to rear it’s head in a few years time 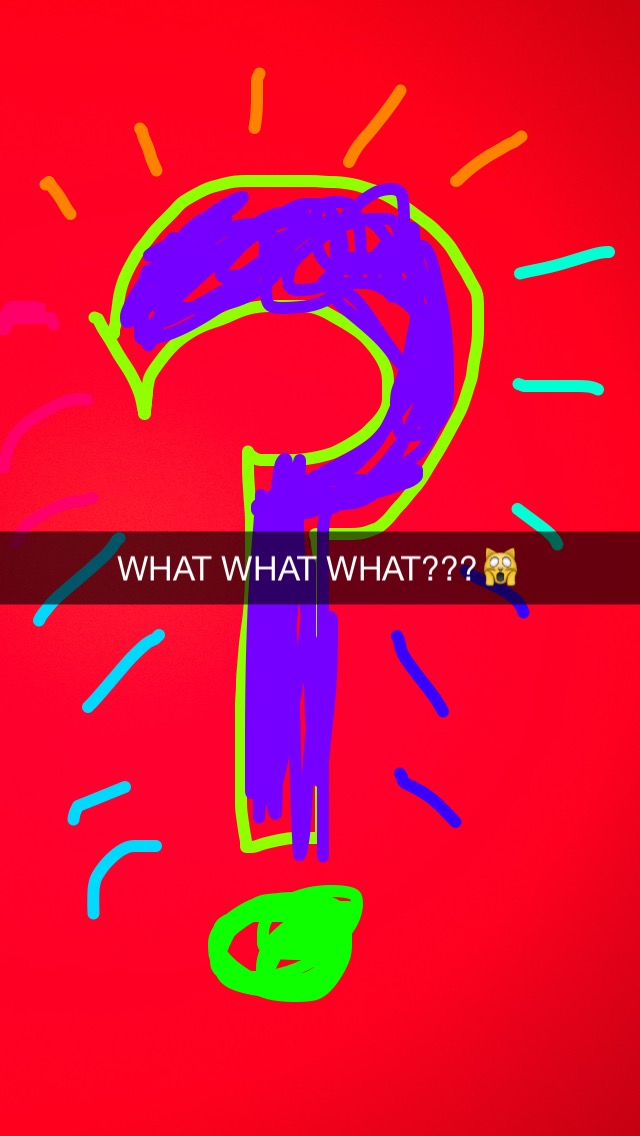 when TimeHop says ‘you were doing this 3 years ago’. Because of the immediacy of the communication you’re more likely to reply or be replied to as you would in WhatsApp but with a silly image, which makes it more engaging to use.

Will I integrate it into my already overloaded canon of social media outlets? I don’t think so. I’m getting stuck in my ways and like what Facebook, Twitter and Instagram offer, but in the same way that I would use Periscope or Vine for specific purpose I’ll probably find a use for Snapchat. But until then, here’s my first Snap.

UPDATE: Hot on the heals of this ground breaking post, PhotoJojo have published their own guide to using SnapChat like a BOSS!

9 things I learned since we had a dog

11 reasons why I love the new #nme